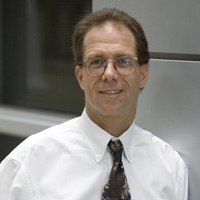 Two major discoveries are the hallmarks of Dr. Weiss' research career.  In 1985, together with Dr. Fritz Sladeczek, Dr. Weiss discovered the metabotropic glutamate receptor - now a major target for pharmaceutical research and development for neurological disease therapies.  In 1992, Dr. Weiss discovered neural stem cells in the brains of adult mammals.  This research has lead to new approaches for brain cell replacement and repair.  Dr. Weiss sits on numerous national and international peer review committees, has authored many publications, holds key patents in the neural stem cell field and has founded three biotechnology companies.  In 2002, Dr. Weiss was awarded the Fondation IPSEN (France) prize in Neuronal Plasticity, in 2004 he received the Canadian Federation of Biological Societies Presidents’ Award in Life Sciences Research, in 2008 he was named recipient of a Gairdner International Award "for his seminal discovery of adult neural stem cells in the mammalian brain and its importance in nerve cell regeneration", in 2009 he was elected as a Fellow of the Royal Society of Canada, and in 2010 he received the CCNP Innovations in Neuropsychopharmacology Award.

In the past, Dr. Weiss' research has focused on the cellular, molecular and in vivo biology of neural precursors, and on the direct regulation of intrinsic adult neural stem cells and functional recovery in animal models of brain and spinal cord injury or disease.